Blues G Binnington out for rest of series vs. Avs
Blues goaltender Jordan Binnington will miss at least the rest of the series against the Avalanche after suffering a knee injury in Game 3.[read more]
Ex-Ace Laimbeer: 'Not ever going to coach again'
Although Bill Laimbeer won't entirely rule out a role in basketball in the future, the former Las Vegas Aces coach said Saturday that he will never coach again.[read more]
Tiger withdraws from PGA Championship after 79
Tiger Woods has withdrawn from the PGA Championship after he shot a career-high 79 in the third round on Saturday at Southern Hills.[read more]

Why Patriots' selection of QB Bailey Zappe is lauded by former NFL GM
Randy Mueller, who ranked Zappe as the second-best QB in the 2022 draft, says the fourth-round pick "anticipates and processes" like a veteran.[read more]
Colts hope Michael Pittman Jr. and rookie Alec Pierce are their next great WR duo
It's been more than a decade since the Colts had a pair of pass-catchers top 1,000 yards receiving in a season.[read more]
Goodell, Bills greats visit memorial, volunteers
NFL commissioner Roger Goodell, Kim and Terry Pegula, owners of the Bills and Sabres, and a variety of former Bills and Sabres players visited the memorial and the many volunteers who are helping out in the wake of the shooting that left 10 people dead.[read more]

A doctorate in deception? Johnny Cueto is still the most interesting man in baseball
The veteran Cueto is making the most of a potential final stop on the South Side.[read more]
Sox legend Gomes catches Story slam, signs ball
Former Boston Red Sox left fielder Jonny Gomes caught Trevor Story's grand slam while seated atop the Green Monster.[read more]
Yankees righty Green may need elbow surgery
The Yankees have placed Chad Green on the injured list with a strained right elbow, and the reliever could be headed for surgery.[read more]

Blues G Binnington out for rest of series vs. Avs
Blues goaltender Jordan Binnington will miss at least the rest of the series against the Avalanche after suffering a knee injury in Game 3.[read more]
The wild past and furious present of the Battle of Alberta
From the glory days of the '80s and early '90s, to recent bad blood, to a second-round series in 2022, here's what you need to know before opening puck drop.[read more]
Ranking the NHL's best current rivalries
As the Battle of Alberta rages in the second round of the 2022 Stanley Cup playoffs, we put the feud in perspective.[read more] 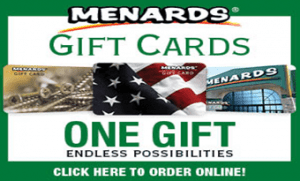